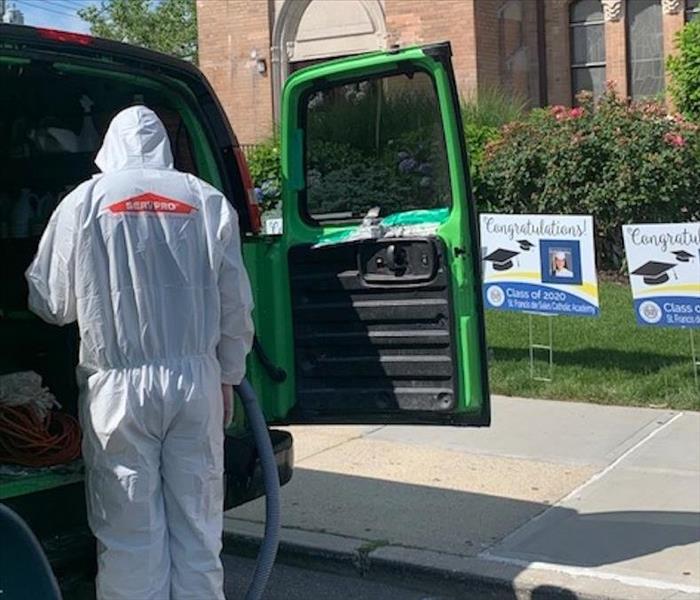 After a water leak, don't make it a DIY project. Call the professionals of SERVPRO to save you time and money plus receive knowledgeable experience.

Queens is famous as the home of the New York Mets, but there are several other interesting aspects of this borough, which has the second-largest population density among the five New York City boroughs. It was instituted in the late 17th century as one of 12 counties in the province of New York. The name Queens was chosen in honor of English Queen Catherine Braganza. At the time, the neighboring county of Nassau was part of Queens County. 1898 marked the consolidation of New York City, and Queens became one of its boroughs. Politicians from the local, city, and state spheres of influence spearheaded the consolidation after it had failed when proposed as a government vote. If the consolidation had not sailed through, Queens would currently be the fourth most populous city in the United States with its 2.23 million people.

The borough itself has polyglot origins since it was a collection of villages and small towns initially, including Maspeth, Vlissingen, Newtown, and Jamaica. Even today, Queens stands out since the Endangered Language Alliance estimates over 800 languages are spoken by residents, making it the top multilingual location in the world. It is no surprise since 47% of the population is foreign-born.

Unique Structures and Landmarks that Define the Borough

The skyscraper is a ubiquitous structure in New York. In Queens alone, at least 37 buildings are taller than 300 feet. However, other unique structures stand out for various reasons, including historical significance and architectural beauty.

For an area as culturally diverse as Queens, it is possible to lose track of the changes happening over time. Luckily the borough has dozens of museums and galleries that have helped preserve the history over the years.

How Does SERVPRO handle Water Cleanup in Queens Properties?

Water leaks or other forms of water intrusion cause significant damage to properties because of the excess moisture they introduce or promoting microbial growth. The Leaks affecting Queens' properties may develop mostly because of old infrastructures such as pipes and accessories or accidental discharge. Whatever the cause, having a plan on what to do to restore the property to its preloss state is essential. SERVPRO helps homeowners or property managers perform thorough water cleanup in affected properties.

Water cleanup may involve several processes, including removal of any stagnant water in the property and cleaning of any soiling, staining, or other issues. The challenge in completing these tasks varies on a case-by-case basis, primarily if the leak originates from a hidden section such as a wall cavity or if moisture migration spreads the loss to hidden areas. SERVPRO technicians rely on various resources to address the challenges.

SERVPRO of Forest Hills / Ridgewood helps with water cleanup after leaks in Queens properties. Call us at (718) 381-3702 for immediate assistance.